Violet is a fictional character from the series Dick Figures. She's an assassin like Wolf but was injected with a virus known as the VX-virus to make stronger super soldier's. Like Fox she doesn't get into sweet talks. She's been abducted when she was a child when in japan. She is also an expert in piano.

Life of the Violet

She has been abducted when to a facility in japan for bio-weaponry as a child, she had been undergo training in military combat, modern arts martial arts and several others. She had been injected with the VX-virus. She was alway's getting this strange feeling to kill alway's dismissing it. When she completed the bioweapons test she escaped had went back to her home only finding her parent's dead. Again she has this same feeling she haven't felt in a while. After she was been found by the other super soldier's something inside her snapped filled with pure hatred and killed all the other super soldier's. When she was a teen she have been awarded for the best piano player. When she was 19 got a job as an executive in Cybertime System meeting her cousin Stacy. Now she live in a large modern house.

Sample of one of Violet's fighting styles

Sample of how Violet fights in Nexus Surge

Violet has her own super herione identity and appeared as Ultra Violet. Ultra Violet can control the perception of time and literally time itself through the mind, she also uses chronokinetic combat . Ultra Violet can manipulate the time in general area or a specific target in various manners, the basics revolving around accelerating, slowing, stopping and even rewinding or looping. The range of area affected is proportional to the mastery of Ultra Violet, with top levels can affect the entire space and time continuum. Ultra Violet either can speed up time for themselves or others up to practically light speed, slow down time to various degrees, meaning slowing time around a single target or affecting everything but Ultra Violet. Ultra Violet can also slow down opponents to avoid attacks and dampen movements or litterally stop time while being unaffected. She can also allow others to be unaffected, however, doing so may require physical contact. She can rewind time to a few seconds, minutes, hours, days, etc. into the past.

Ultra Violet can throw bolts of what appears to be energy at targets and force them to age rapidly. This can work on organic and inorganic matter, as well to generate unstable time waves into a compressed form that can be released on contact. Once released, these time waves rapid age anything in their radius, turning young opponent's into the elderly.

Violet owns a job a an executive in Cybertime System. She has full authority and access inlcluding the data room, weapons room, technology, and internet usage.

Violet has awards for most progessional piano playing and lived in a large modern home with a pool. She's also skilled in electric, vintage and keytar.

Sample of Violet as a pianist

Like Wolf, Violet joined assassin group's. She had sucessful target's. and single handedly beaten mafia's, orginization's, crime families and any other kind of threat.

Sample of Violet as an assassin 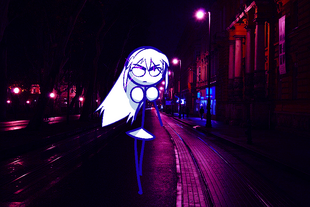 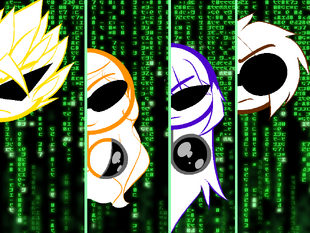 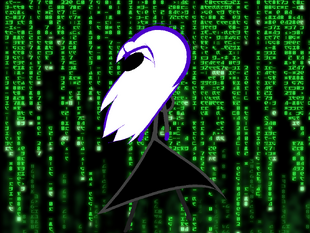 Violet in the Matrix 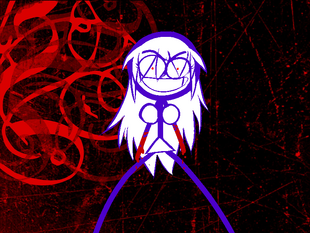 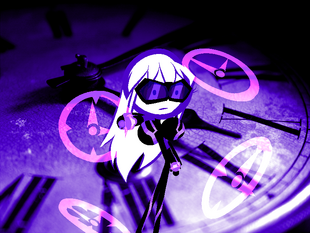 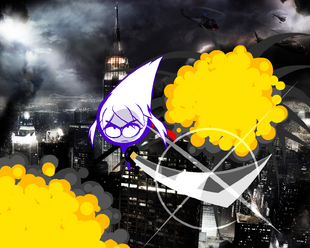 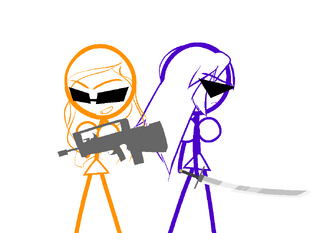 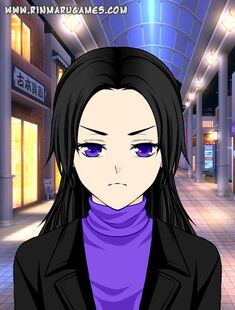 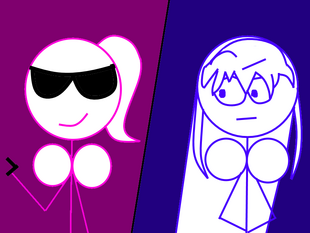 Pink Is Weird
Add a photo to this gallery
Retrieved from "https://dickfiguresfanon.fandom.com/wiki/Violet?oldid=42893"
Community content is available under CC-BY-SA unless otherwise noted.